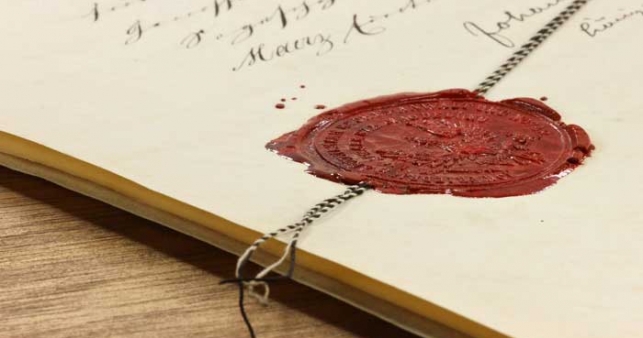 Let’s say you have a business or live outside Bulgaria. You need your documents that were issued here, so you can use them abroad or vice versa. It’s likely you’ll stumble into some difficulties if these were issued by state institutions (diplomas, birth records, conviction status certificates), other types of certificates, company documentation (registration, good standing, etc.). To authenticate your document for use in a country different from the issuing one, it needs legalization.

Legalization lets you use a document issued by the authorities of one country, before the authorities of another one. If, for example, you got your high school diploma in Bulgaria and would like to apply to a university in Germany, you’ll probably have to translate and legalize it, along with other documents intended for your stay.

In order for a document to be legalized, it must:

These three steps may differ, depending on the issuing country and the country where your document will be used. The preparation and legalization of the document depends on whether the issuing country is a party to the Convention Abolishing the Requirement of Legalization for Foreign Public Documents (the Hague Convention) or a country with which Bulgaria has a signed contract for legal assistance.

This procedure is intended for documents issued or intended for countries which are parties to the Hague Convention. Bulgaria is one of those countries, so a verification must be made only for the issuing or the receiving country. A list of all countries can be found here.

Legalization of documents from Bulgaria intended for abroad

In order for you to be able to use your Bulgarian documents in a foreign country, you will need a special form of certification called Apostille. There are three institutions issuing Apostilles in Bulgaria, depending on the type of documentation:

For documents receiving an Apostille by the Ministry of Foreign Affairs, they must receive certification for abroad, also known as “a rectangular seal for abroad”, together with the signature and seal of the issuing authority. For example, for certificates of good standing, an employee at the Agency must affix a seal for certification.

After you receive an Apostille on your document, you must have it translated to the language of the country in which you intend to use it.

Legalization of foreign documents in Bulgaria

In order for you to be able to use a foreign document in Bulgaria, it needs to have an Apostille attached by the authorities of the respective country. The document, together with the Apostille, are to be translated by a sworn translator in Bulgaria whose signature is also certified by the Consular Department at the Ministry of Foreign Affairs.

There are countries with which Bulgaria has negotiated for relieved document legalization procedures. In such cases, the legalization requirements are defined by the respective contracts for legal assistance. When one such contract is concluded, it takes precedence over the Hague Convention, even when concluded between parties thereto. That way the legalization of documents intended for or originating from Russia, Serbia, Macedonia, and France—countries with which Bulgaria has signed contracts for legal assistance—does not require an Apostille. They only need to be public and originals—that way they will not need any supplementary certification. Respectively, documents issued in Bulgaria and presented in the above-mentioned countries also do not require any supplementary certification/ Apostille. Here you can see the countries with which Bulgaria has signed contracts for legal assistance. In order for you to be able to use your documents in these countries, they only need to be translated by a sworn translator whose signature has to be certified by the Consular Department of the Ministry of Foreign Affairs.

We offer legalization. When we receive your order, we will easily and quickly prepare and translate your documents from and for abroad. Our project managers will provide you with information on all necessary legalization steps. Contact us now and we will give you the best quote for your academic, company, and/or personal documents.